Morton-Roberts were engaged to assess if it was possible to drain the attenuated surface water flows from a proposed development into a small local watercourse. Part of an existing housing estate in Cwmbach was being redeveloped with some 37 new residential properties replacing the existing. The old development drained to the combined sewerage system but the new houses were required to drain to the local watercourse.

It was planned that the flow from the new development would discharge into the watercourse just upstream of a bar screen which protected a section of culvert. The catchment of the watercourse was formerly heavily industrialised and the watercourse itself heavily modified.

A Flood Estimation Handbook (FEH) study was carried out on the local watercourse using both the statistical and ReFH methods. The catchment of the watercourse had an area of less than 50ha so initially the peak flow was estimated for the nearest suitability catchment for which catchment descriptors were given on the FEH CD-ROM. The peak flow for the local watercourse was then calculated in proportion to the relative areas of the two catchments, as set out in the Environment Agency's 'Flood estimation guidelines'. Hydrographs of the flow in the watercourse were also produced for a number of different return period storms.

A model of the proposed surface water drainage system, which included two flow attenuation tanks, was constructed using Micro Drainage software. The model was then used to produce hydrographs of the attenuated surface water flows planned to be discharged into the watercourse.

Hydraulic Analysis of Culverts and Screen

The maintenance arrangements and history of blockage at the screen downstream of the point of discharge of the new development was investigated. The part of the catchment immediately upstream of the screen comprised a wooded area 'left over' from the construction of housing estates on either side. The watercourse was therefore expected to received urban debris together with leaves, twigs and branches and so the screen would be particularly prone to blockage. The screen itself was a cast iron bar screen of poor design with no means for the flow to by-pass the grill should it became blocked. The bars and surround of the screen occupied almost 50% of the orifice area.

The estimated peak flows in the watercourse after the construction of the proposed development were derived by combining the hydrographs of the flows in the watercourse with those of the discharge from the new development. An appropriate allowance for climate change was also made. The hydraulic characteristics of the culvert and the bar screen were then analysed using the guidance given in the CIRIA report, C689, 'Culvert Design and Operation Guide', 2010.

The study showed that the attenuated surface water from the new development could drain into the local watercourse without causing flooding provided the screen was replaced with one of good design. 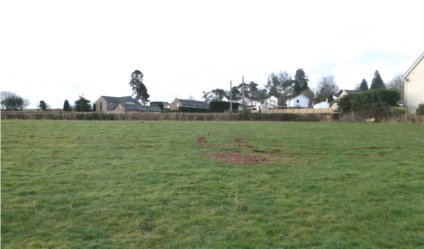