A proportion of our river modelling work involves upgrading existing models held by National Resources Wales (NRW) and since their standard river modelling software is TUFLOW, many of their existing models use that program. An example of this type of work was the FCA we produced for a proposed small residential development in Ystradgynlais, a town about 20km north-east of Swansea.

NRW's existing flood maps showed that the proposed development site, just to the south of Ystradgynlais town centre, was on the edge of the area predicted to flood once every 1,000 years. In addition the access route for the site would be flooded to a significant depth probably meaning that it would be unsafe to use during flood conditions. These factors would mean that the site would not meet the criteria set out in TAN15, the Welsh Government's guidance document on developments and flood risk. This in turn would mean that the site would have been very unlikely to gain planning permission.

The existing TUFLOW 1D − 2D linked model represented a 6.5km section of the Afon Tawe at Ystradgynlais and Ystradyfera together with sections of the tributary watercourses, the Afon Geidd and Afon Twrch. The model was last updated in 2012 as part of the design work for the flood alleviation scheme in Ystradgynlais which itself was completed in the following year.

Since the previous FEH study dated from 2012 and both the FEH statistical and ReFH software had been updated during the intervening time we carried out a full FEH study to determine the flows in the watercourses. This study showed that the previously estimated 1 in 1,000 year return period peak flows had been consistently overestimated by about 15%.

The 2012 TUFLOW model was updated so that the bridges over the watercourses were represented using the latest modelling approach and the most up to date digital elevation model (DEM) was also used. Various other minor amendments were also made to the model to correct obvious previous errors.

When the amended model was used with the flows produced by the new FEH study, it showed that the 1 in 1,000 year return period flood extents in the town were significantly reduced compared to the existing NRW flood mapping.

The model showed that the flooding in the vicinity of the site was caused by shallow depth overland flow. To improve the modelling of this, buildings in the area were represented by z-shape polygons and similarly walls by z-shape polylines. Flood mitigation work in the form of amended ground levels on the site were proposed and these were also represented in the model.

The final model showed that the development at the site would be free of flooding for the 1 in 1000 year return period flood and that flood depths in the adjacent region would not be adversely affected by the work.

An FCA summarising the findings of the study was produced and this was supported by a Flood Emergency Plan which outlined how the site could be evacuated in time of flood.

The model and associated FCA were accepted by NRW which meant that the site subsequently gained planning permission.

Please see our River Modelling page or contact us for further details.


Photograph: Bridge over the Afon Tawe near the town centre. The modelling work showed that this bridge was responsible for extensive flooding in the town during extreme events. 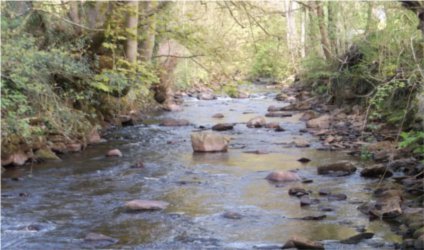 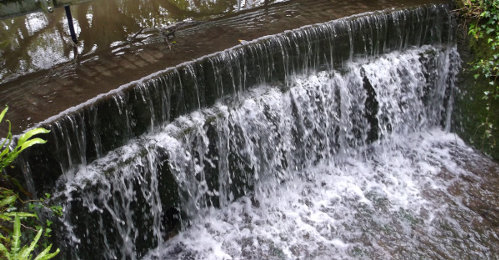